The trip that hits all the right notes

Review: The trip that hits all the right notes: Setting sail on a ‘musical cruise’ dedicated to the West End and Broadway, with performances from Alfie Boe and Sheridan Smith

Now it was hardly South Pacific but four nights cruising the English Channel on a ‘Musical Theatre Festival At Sea’ voyage certainly provided some enchanted evenings.

Back for a reprise, the second Stages cruise – organised by Floating Festivals – saw around 2,500 passengers board Royal Caribbean’s Explorer of the Seas for a star-studded experience dedicated to the West End and Broadway.

Even if I’d dreamed a dream of my own fantasy cast, I’d have struggled to secure Les Mis’s Alfie Boe and Funny Girl’s Sheridan Smith as leading man and lady, with 2014 Britain’s Got Talent winners Collabro providing a very special chorus. 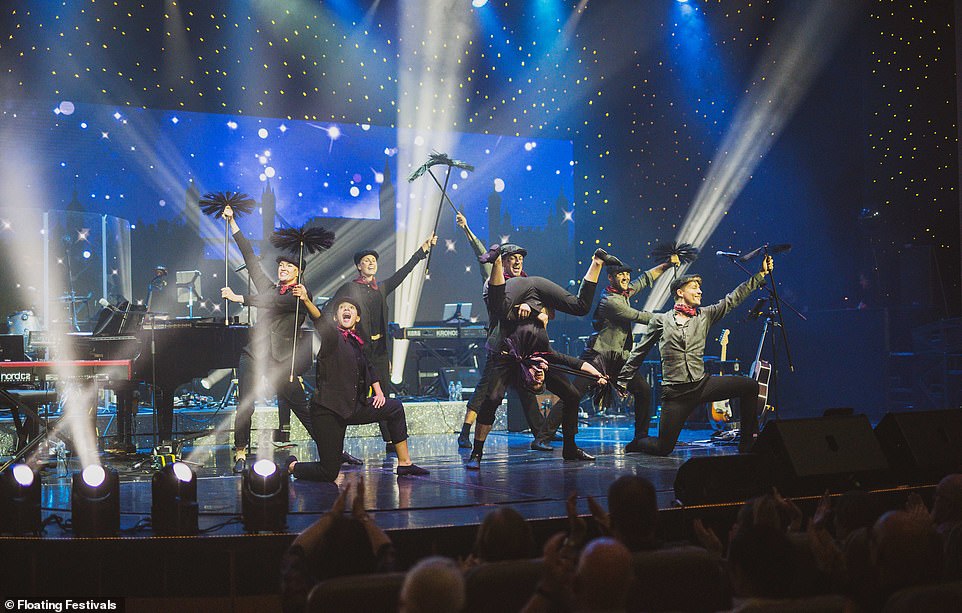 Stages cruises – organised by Floating Festivals – are dedicated to honouring West End and Broadway shows. If you unashamedly love musical theatre, then it hits all the right notes, says Jonathan Weinberg

These headliners meant the only destination passengers focused on was the Palace Theatre each evening, caring not a jot about bad weather affecting our sailing from Southampton and our day in Dublin switched to Cobh, near Cork, as a result.

Collabro even performed The Lion King’s Circle of Life on the final night with a passenger choir who’d spent the cruise rehearsing for their own big moment.

You could rub shoulders with the Beast (minus Beauty) in full get-up, a habit of Sound of Music – or could it be Sister Act – nuns, and more Wizard of Oz and Wicked witches than you could shake a broomstick at.

As for me, I had a starring turn as G.I. Chris from Miss Saigon.

Having listened to feedback from 2018 when some missed out on seats, the organisers split audience numbers up based around pre-allocated meal times meaning the theatre was comfortably packed but not full. 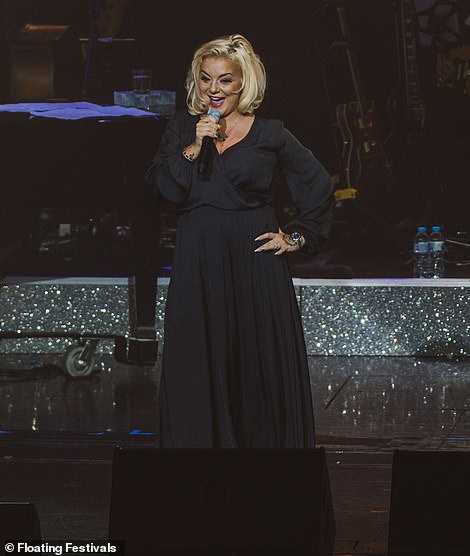 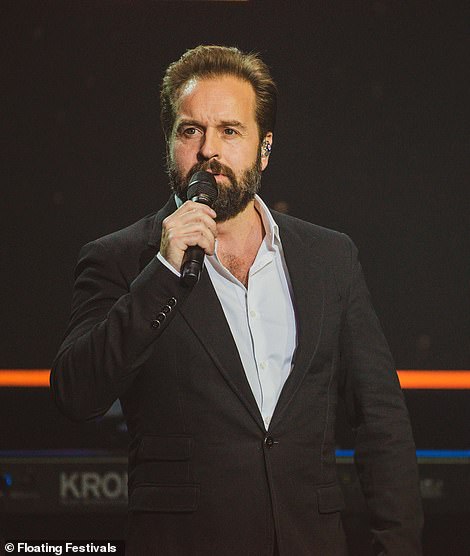 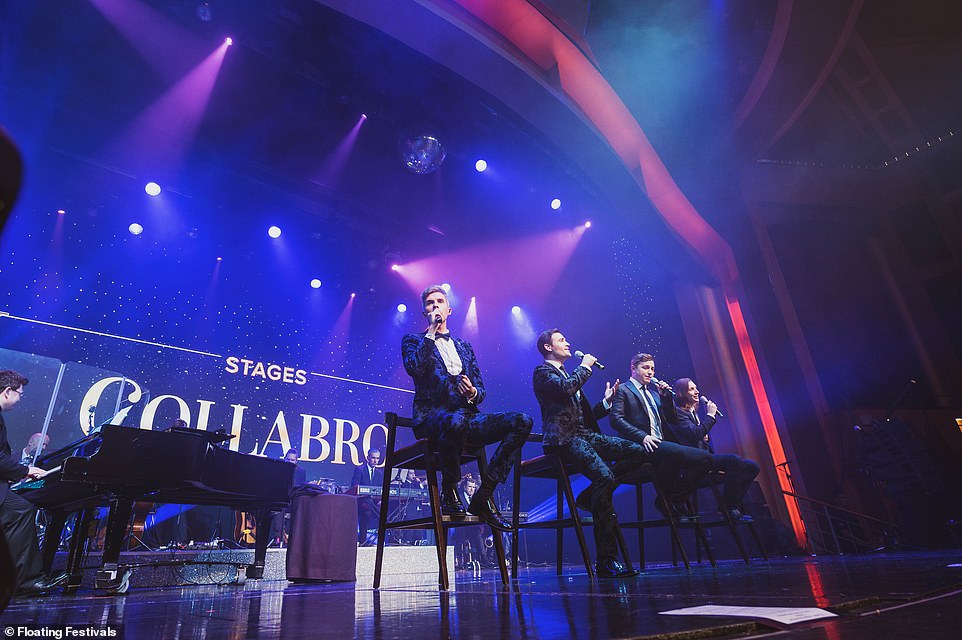 Collabro, pictured, performed The Lion King’s Circle of Life on the final night with a passenger choir, who’d spent the cruise rehearsing for its big moment

The food perhaps wasn’t as glorious as that famous Oliver number playing in the lifts and corridors at breakfast suggested it would be. I’ve eaten better on cruises and the huge coffee shop queues and plentiful, but patchy in quality, the buffet was a little disappointing.

But let’s face the music and dance. Nobody was here to eat, not when our hunger was satisfied with extra-large helpings of show tunes. You didn’t even need to ask for more.

If you don’t live, sleep, eat and drink musicals at home, then Stages isn’t for you. But if like me, you unashamedly love MT, then it hits all the right notes. 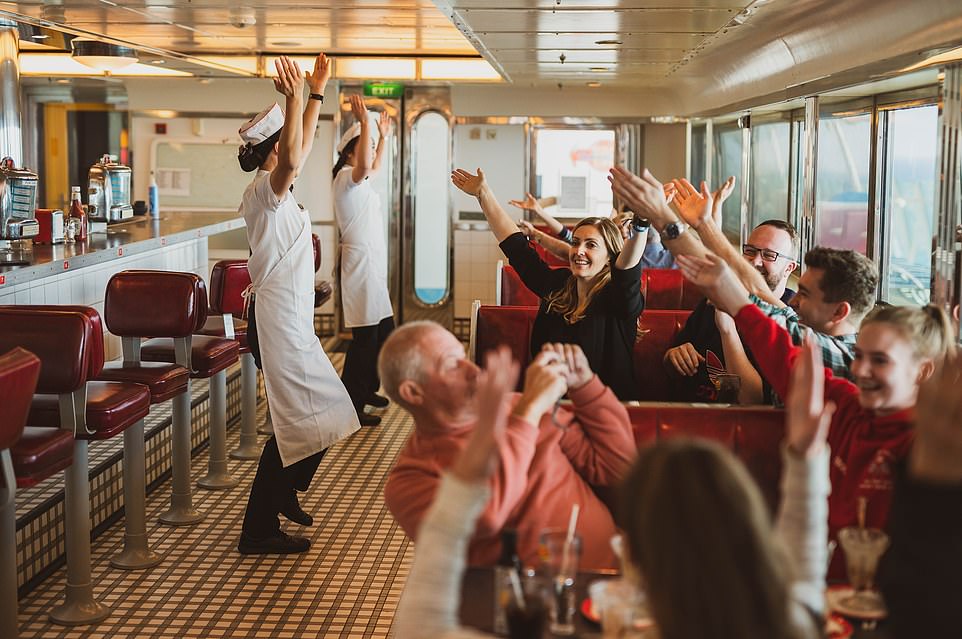 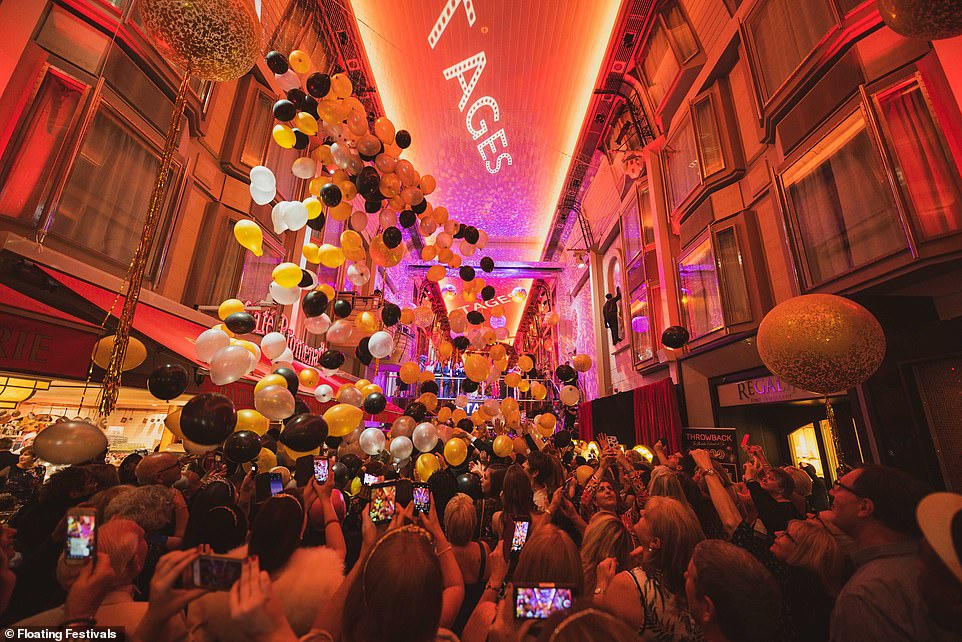 Jonathan explains that ‘all your needs are taken care off from morning until the early hours, from watching a musical movie on the big deck-based screen while in a hot tub to one of many daily musicals-based quizzes’ 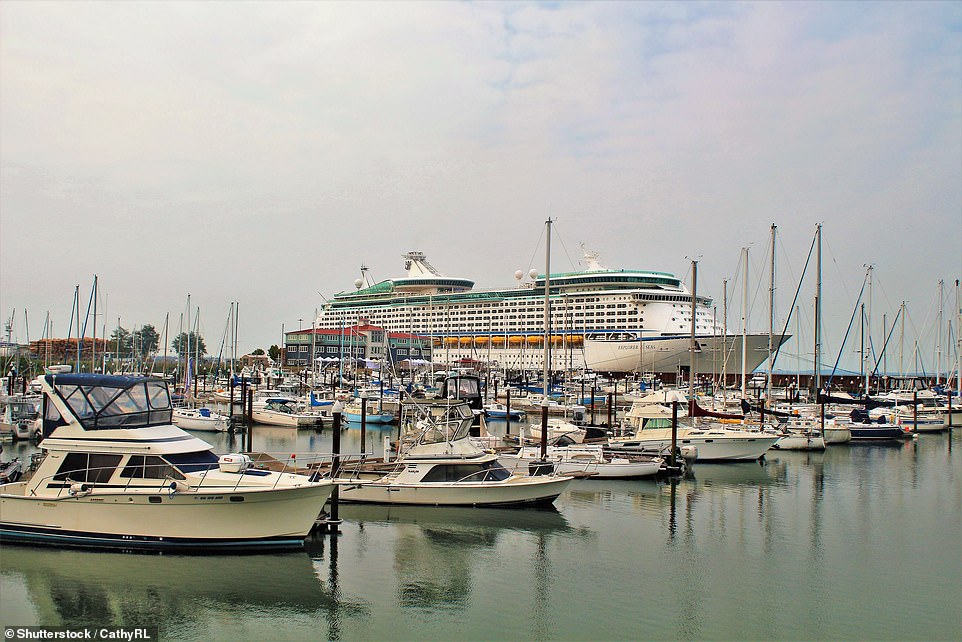 Hull of a venue: Royal Caribbean’s Explorer of the Seas, pictured here in Astoria, Oregon 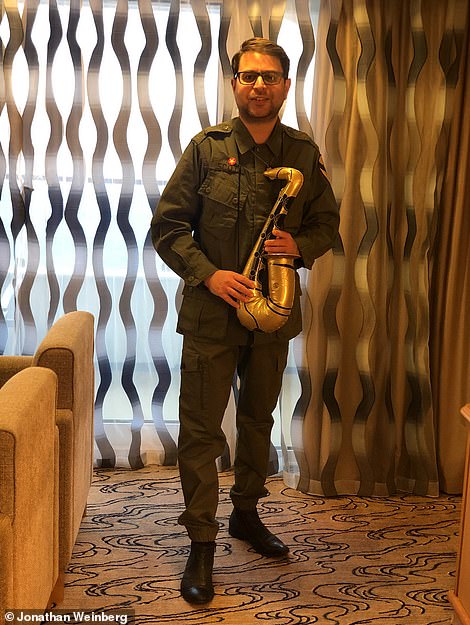 Jonathan, pictured, says that many of the West End’s most talented performers were on board

All your needs are taken care off from morning until the early hours, from watching a musical movie on the big deck-based screen while in a hot tub to one of many daily musicals-based quizzes.

There were also sing-alongs and performances by immensely talented passengers in the piano bars, the best being at the popular Sing Easy, which was brought to the ship from the West End especially for Stages.

The UK cast of Avenue Q even made Explorer one of their tour dates, treating us to a pared-down version of the comical but adult puppet musical. Although clearly, it was not to everyone’s taste.

Stages though was very much about the ensemble.

There were moans when Q&As with Alfie and Collabro were scheduled at the same time but a masterclass from theatre royalty Jenna Russell, insight from Adrian Mole: The Musical creators Jake Brunger and Pippa Cleary, and talks by leading choreographers, producers and agents, more than made up for that.

Stages wowed me too because of its sense of community – you were surrounded by like-minded people and could strike up theatre conversations anywhere, even if travelling solo. A thriving private Facebook group of more than 1,500 members allowed bonding before and after too.

Long at-sea queues to rebook for 2020, onboard Royal Caribbean’s superb Anthem of the Seas, simply reaffirmed to this critic that Stages is a smash hit that will run and run.